Teacher Resource for the ballet performance of Swan Lake.

We at Interlochen Center for the Arts are excited to share our new production of Swan Lake, and thank you for taking the time to plan for and organize your visit to the ballet. We invite you to use this guide as a starting point to explore this classical ballet with your class - even before you arrive - to complement and enhance the teaching and learning occurring in your classroom.

The guide is meant to help you and your students gain a basic understanding of the ballet, and provide an opportunity to probe more deeply the historical, social, emotional, and cultural aspects of the production as a whole.

We can’t wait for you to join us for this amazing event. This dazzling and beloved ballet combines a feast for the eyes and a score that is known the world over. 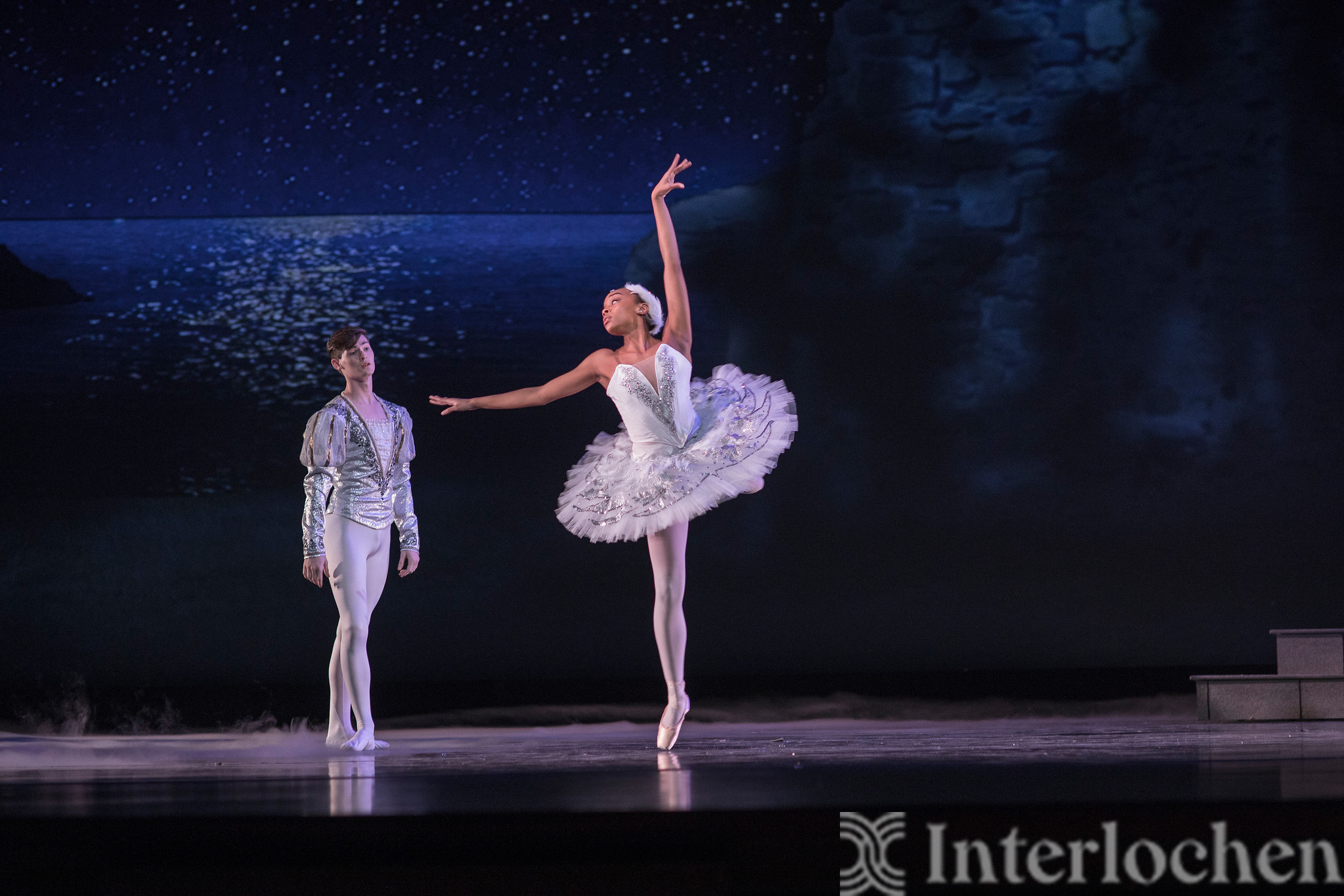 The young and beautiful maiden Odette is kidnapped in the woods by the evil sorcerer Baron von Rothbart who disguises himself as an owl. Rothbart curses Odette to become a swan held in captivity, only allowing her to be a human at night, while always under his watchful eye. The spell may only be broken with one chance for Odette to find true love with someone swearing true love back to her in return. 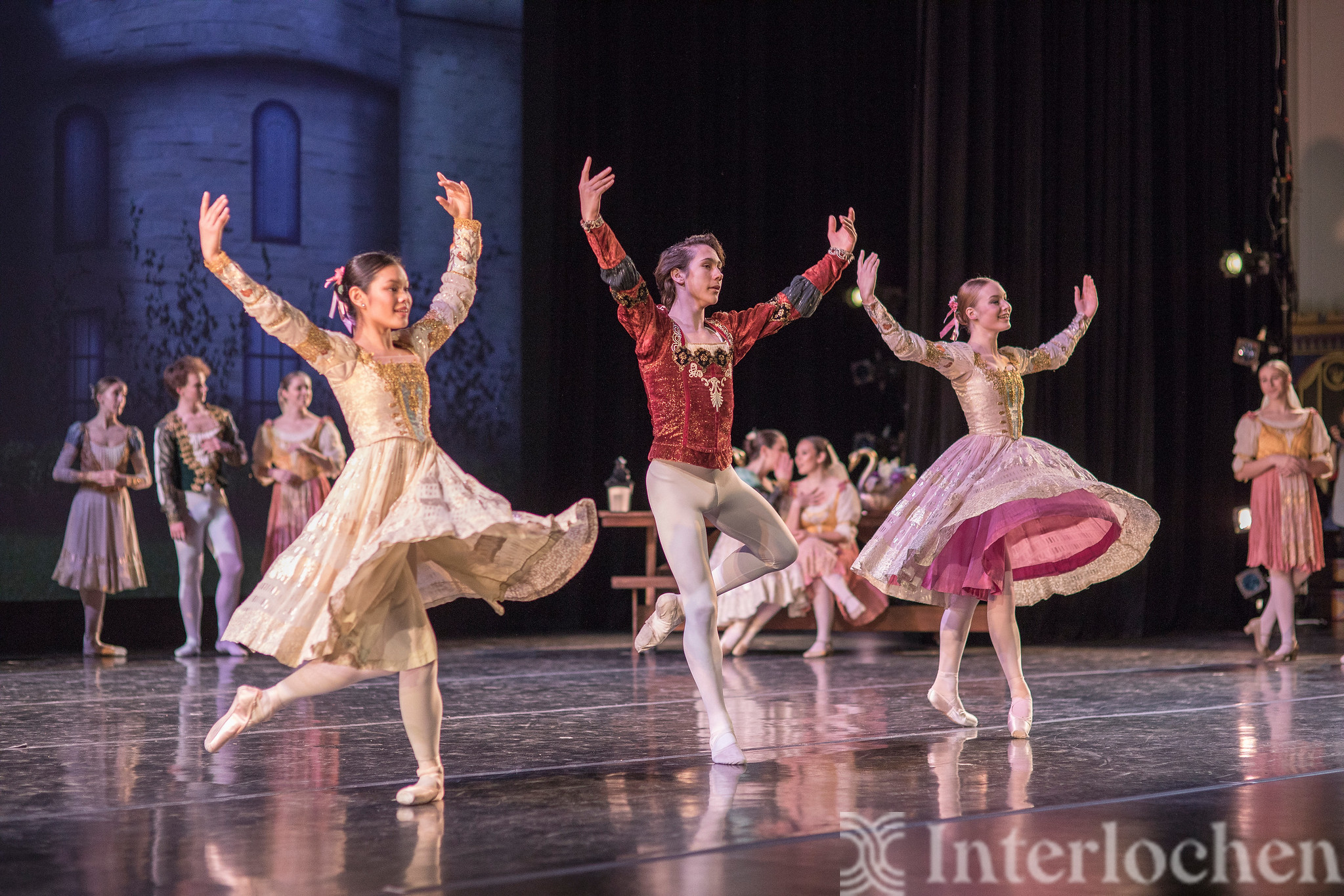 Courtiers merrily dance outside the Palace as Prince Siegfried arrives to celebrate his Birthday. The King and Queen arrive and remind Siegfried of his privilege and duties to the kingdom in that he must choose a woman to marry the following evening. Siegfried is disinterested in his duties and would rather remain his youthful buoyant self, seemingly devoid of true love and companionship. To cheer things up, Siegfried’s trusted friend Benno performs a series of dances with his friends before presenting the Prince with a crossbow as a birthday gift. Evening falls and everyone dances off back to the palace as Siegfried is left alone with his thoughts. The lonely and initially resistant Siegfried sets out to hunt with his new crossbow in the forest with Benno and his companions. 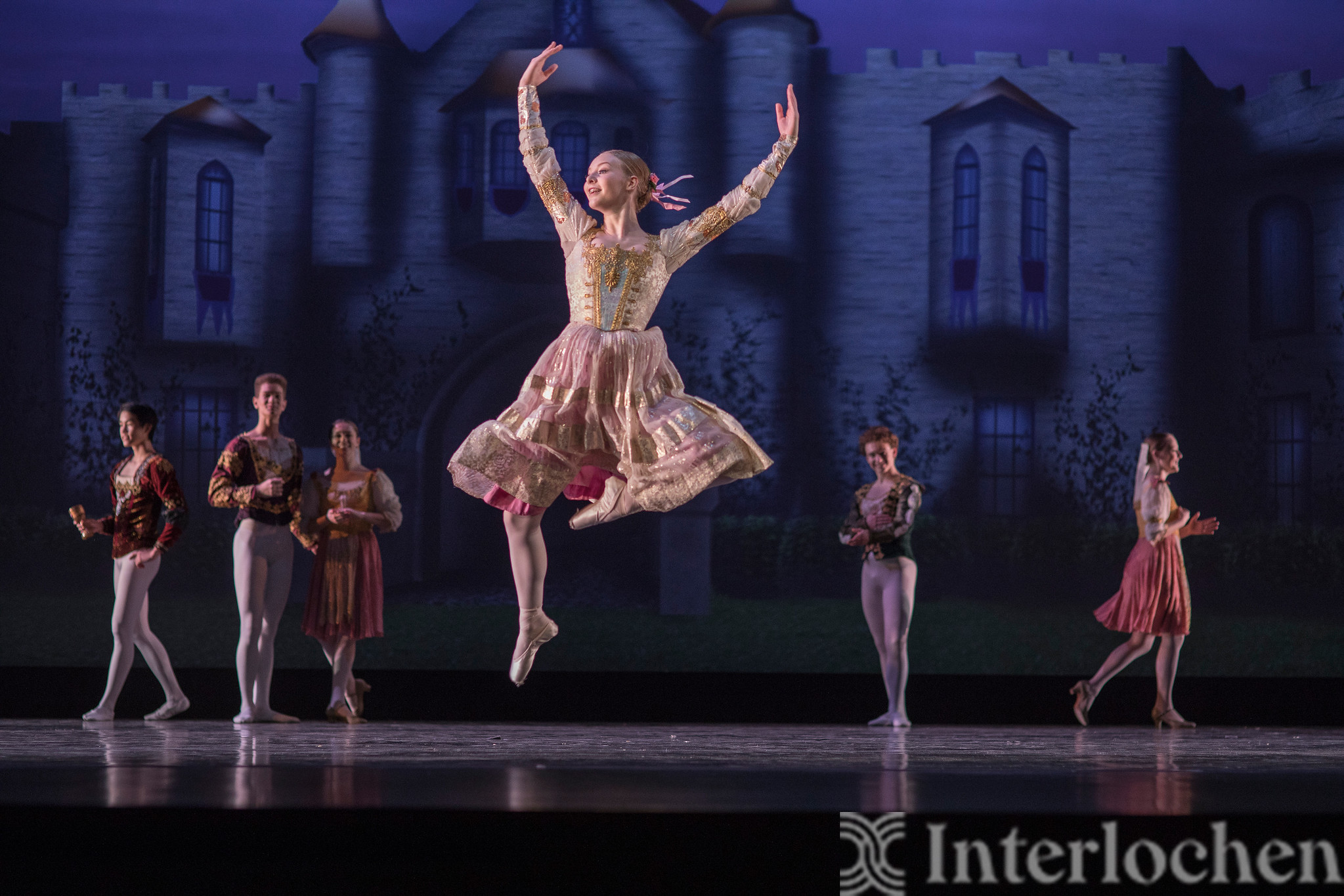 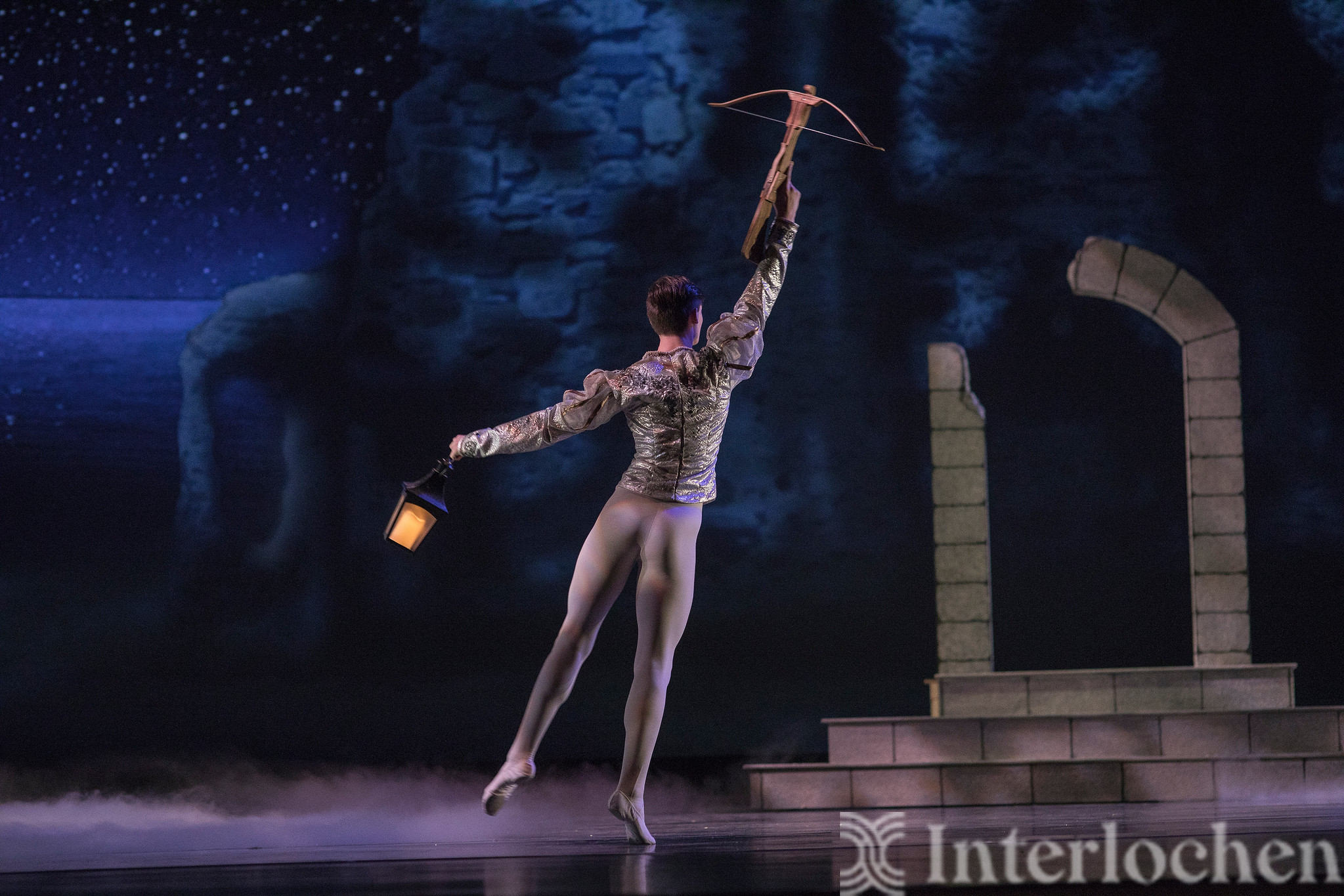 Von Rothbart appears by an obscure lakeside with his tower and lair in near sight. Rothbart sees Siegfried and others approaching before hiding behind a ruin. Siegfried and his entourage arrive and explore the area. Startled by Rothbart, the companions urge Siegfried to move onward, however his intrigue insists that he be on his own. Siegfried sees a light before the kidnapped maiden Odette appears. Frightened at first, Odette nervously tries to flee away but Siegfried warmly explains he means no harm, as he slowly begins to fall in love with her. Rothbart appears breaking up their interaction as Siegfried tries to shoot him with his crossbow. Odette begs Siegfried not to shoot as she will be doomed to remain under the spell forever should Rothbart die. Rothbart summons more of his captive maidens as Odette and Siegfried continue to be enchanted by each other. Dawn approaches and the maidens transform back to swans. Siegfried is about to swear his love for Odette before Rothbart arrives and sends Odette back to the lake as a swan. Benno reappears, urging the Prince to return to the castle as Rothbart ominously vows to destroy the love between Odette and Siegfried. 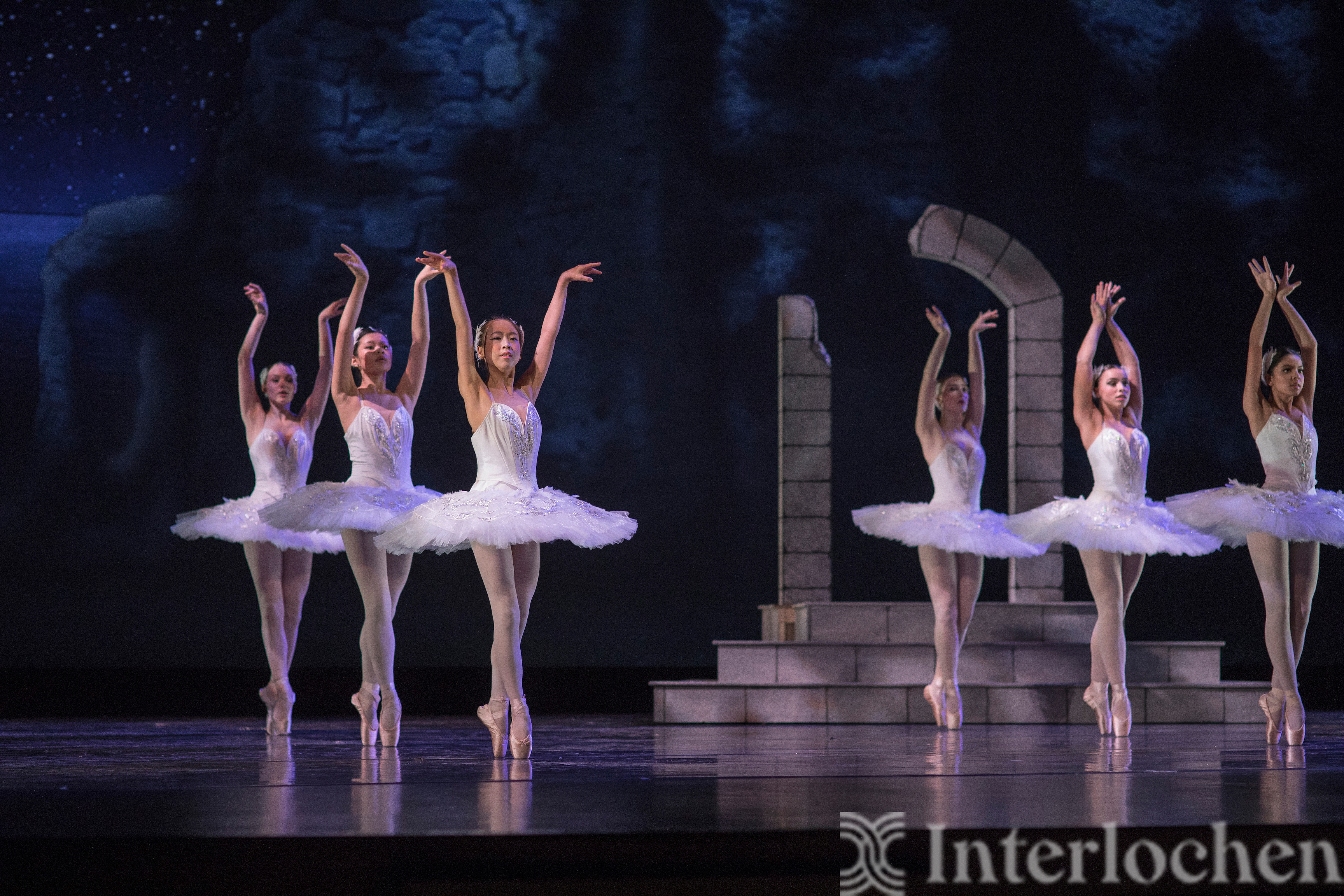 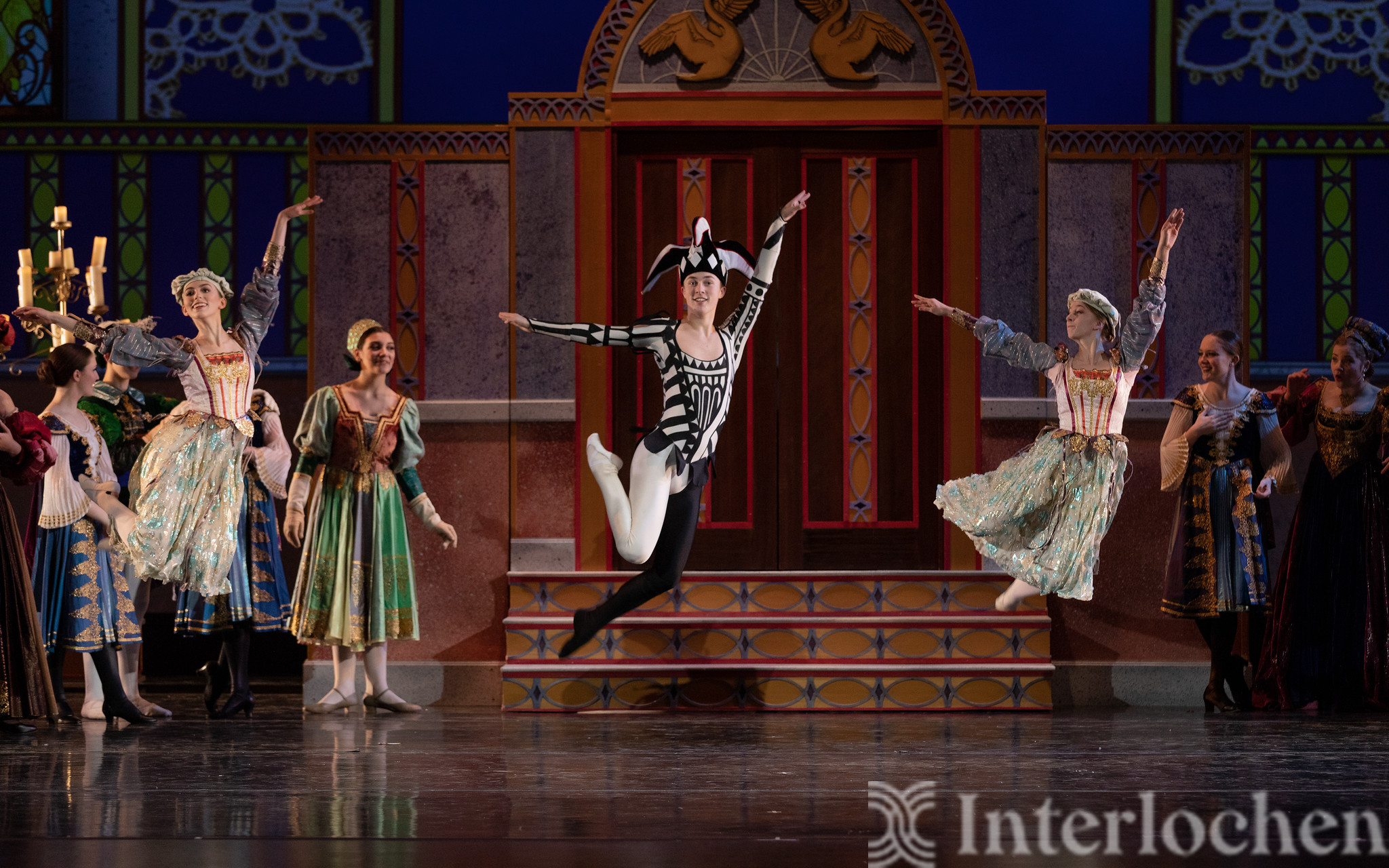 A ball is being held in celebration of Siegfried’s forthcoming marriage decision. Princesses from neighboring lands have been invited to woo the Prince while Royalty from various countries arrive to dance for the invited guests in honor of the celebration. Trumpets announce two unexpected guests. Disguised as a handsome suitor, Rothbart arrives presenting the beautiful Odile, a stunningly beautiful woman with similar characteristics as Odette yet colder and sharper in manner - Siegfried is immediately entranced and deceived by her allure. After the jesterly and national dances, Siegfried dances with Odile under the watchful eye of Rothbart. Seduced by beauty, Siegfried believes Odile is the woman he should marry and swears his love to her. Rothbart reveals the heartbroken Odette through the mirror and that he has tricked the weak Siegfried into proclaiming true love for another woman. Rothbart shatters the mirror with Odette trapped inside, leaving the ball triumphantly with Odile. Chaos ensues and Siegfried agonizingly realizes he has betrayed Odette. 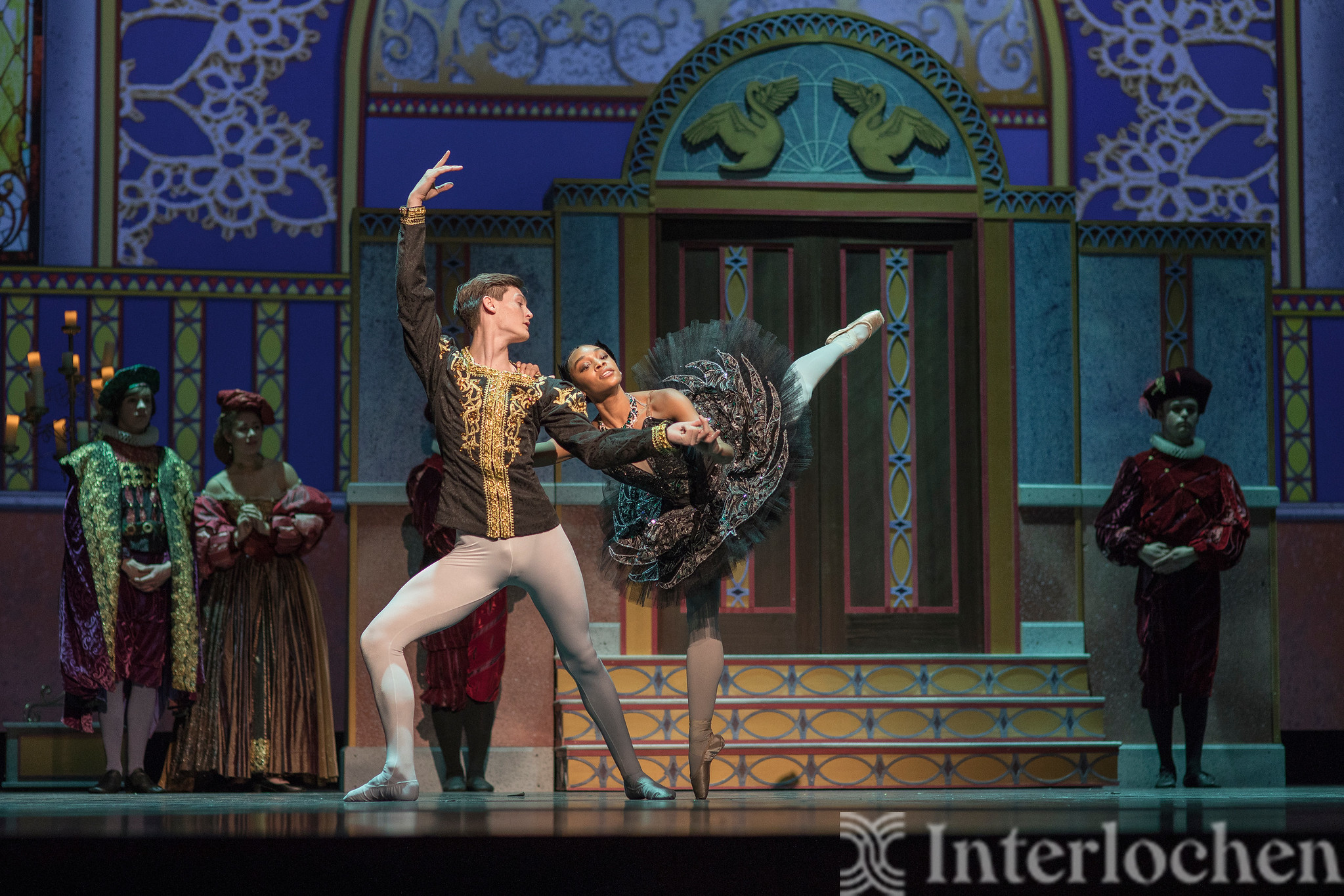 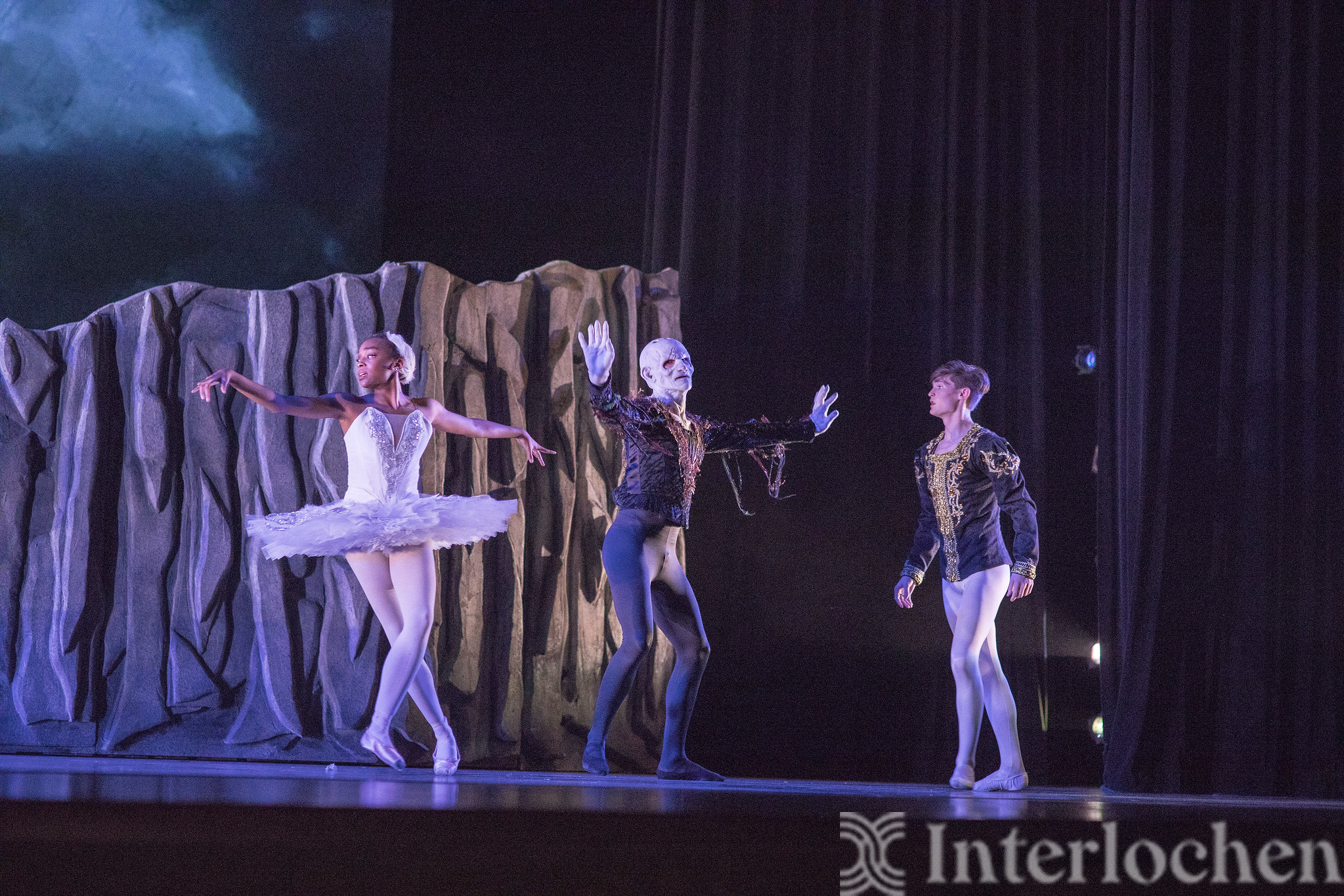 Rothbart conjures a violent storm to distract the Prince from finding Odette. Siegfried eventually finds Odette by a ruin at the edge of a cliff at Rothbart’s tower, begging her to forgive him for his betrayal. Odette forgives Siegfried but leaves him as he remains only a painful reminder of her broken heart. Siegfried’s companions arrive and attempt to kill Rothbart for deceiving the Prince before Odette begs them to spare him as she and her fellow captive maidens will then remain doomed to remain swans forever. Siegfried orders the companions to release Rothbart as Odette runs to the edge of the cliff. Realizing her one chance at finding true love is gone, Odette jumps and drowns herself in the lake below. Enraged, Siegfried uses his crossbow to strike Rothbart, throwing him off the cliff to his death. The power of both the good Odette and the evil Rothbart’s deaths together free the remaining swan maidens from the spell. Seeing a vision of Odette, the remorseful Siegfried realizes he is bound to the duties of his kingdom and is left alone with the painstaking feelings of love and regret. 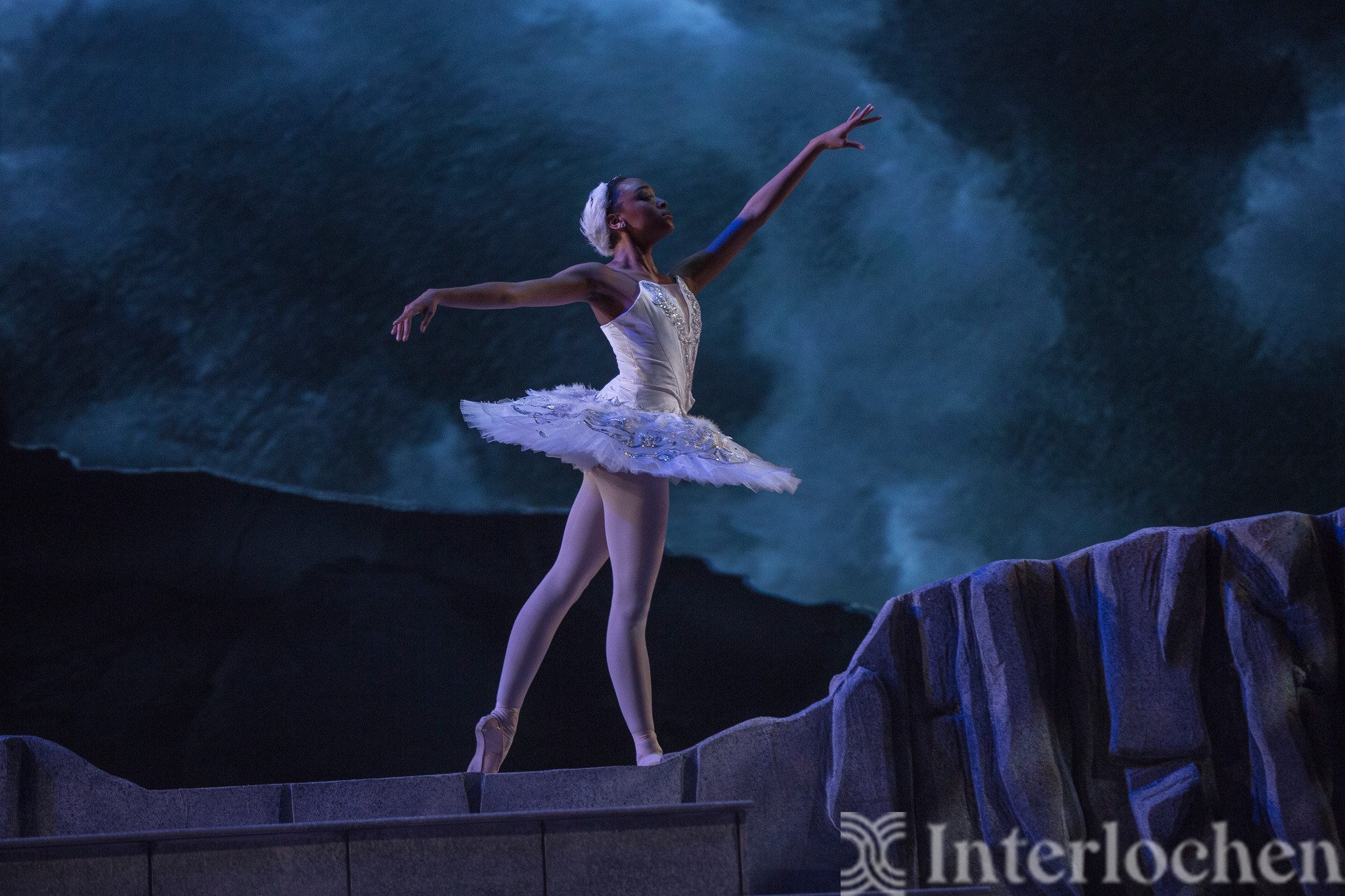