Teacher Resource for the ballet performance of The Sleeping Beauty.

Catalabutte, The Master of Ceremonies

We at Interlochen Center for the Arts are excited to share our new production of Swan Lake, and thank you for taking the time to plan for and organize your visit to the ballet. We invite you to use this guide as a starting point to explore this classical ballet with your class - even before you arrive - to complement and enhance the teaching and learning occurring in your classroom.

The guide is meant to help you and your students gain a basic understanding of the ballet, and provide an opportunity to probe more deeply the historical, social, emotional, and cultural aspects of the production as a whole. 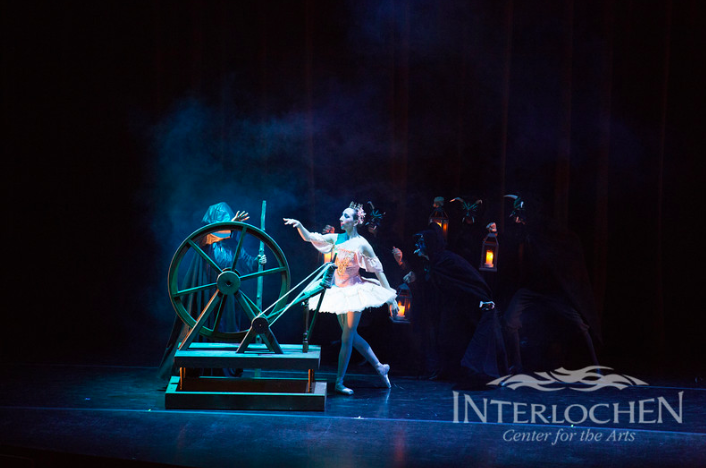 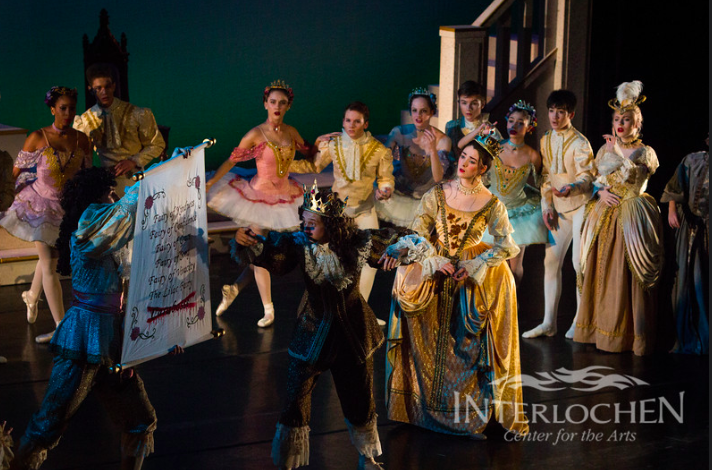 The King and Queen have given birth to the beautiful Princess Aurora. Catalabutte, the King’s Master of Ceremonies, has arranged for a Christening Party and invites six fairies with their cavaliers to bestow gifts of virtue to the newborn princess. Soon ominous thunder is heard and it is revealed to the King’s dismay that Catalabutte did not invite the evil fairy Carabosse to the Christening. Furious at being crossed off the invitation list, Carabosse arrives with her demons and bestows her own gift upon the princess. Embittered, she casts a vengeful spell; upon Aurora’s sixteenth birthday, the Princess will prick her finger on a spinning needle and die. The Lilac Fairy cannot undo the powerful spell but softens it by ensuring that while Aurora will indeed prick her finger, she will not die but fall asleep for 100 years until a handsome prince awakens her with a kiss. Carabosse departs the palace, promising her spell will come true - a fate the King vows to fight. 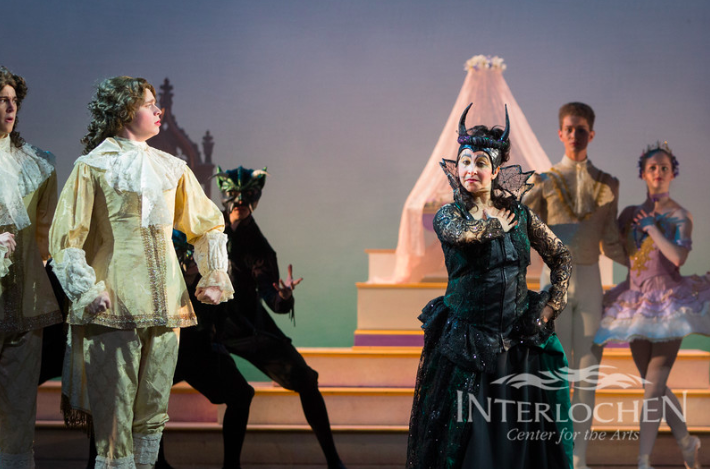 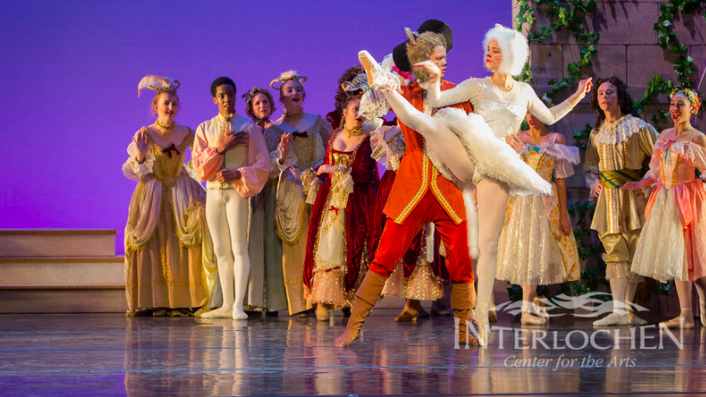 The kingdom’s villagers merrily dance around the palace courtyard at Princess Aurora’s sixteenth birthday party, in anticipation of her arrival. Four worldly and competitive suitors arrive to woo the princess before she joins them to fanfare. Each suitor presents the princess with a rose, as she impresses everyone with her poise and virtuosic dancing. Soon fairy tale characters including Little Red Riding Hood and The Big Bad Wolf; Puss in Boots and The White Cat; Cinderella and Prince Charming; and The Frog Prince and his Princess dance and entertain everyone. As the festivities continue, a strange light in the window of the castle tower distracts Aurora and entices her to wonder inside. There, she finds a mysterious room where a peddler woman spins thread on a spindle wheel. Intrigued by the unusual contraption, Aurora pricks her finger on its spinning needle before dizzily returning to the palace courtyard, eventually appearing to fall dead to the ground. The peddler woman reveals herself to be Carabosse in disguise and, reminding the kingdom of her spell, concocts a windstorm to aid her demons in battle with Aurora's suitors. The Lilac Fairy appears and assures everyone that Aurora is only asleep and shall be so for the next 100 years. To ensure that Aurora will not be alone when she awakens, The Lilac Fairy puts the entire kingdom to sleep - protecting the palace from intruders by covering it with vines and thorns. 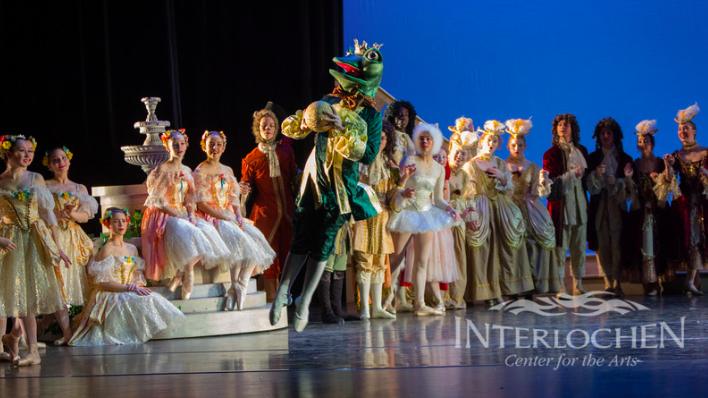 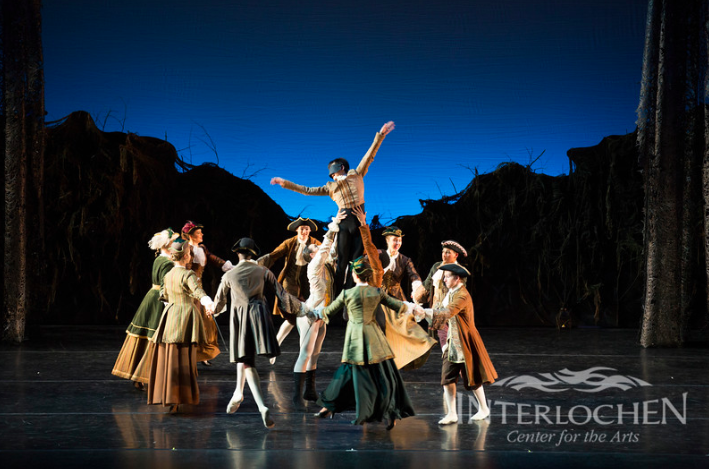 Scene I: The Hunt 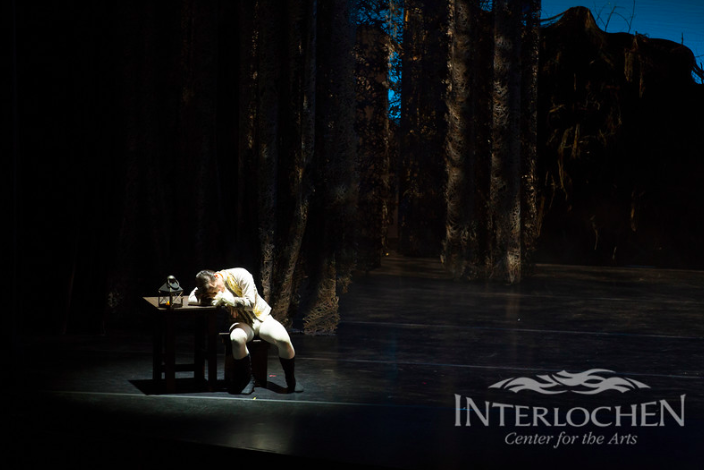 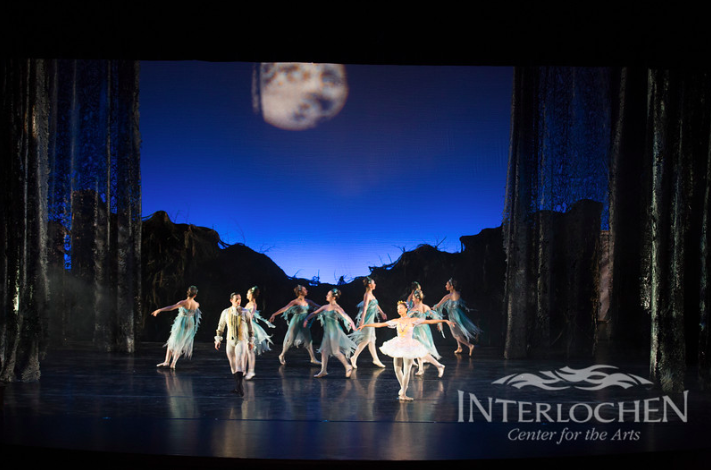 Falling asleep, Florimund dreams that the Lilac Fairy appears and asks if he has found true love. He answers no and she, in turn, conjures an apparition of forest nymphs, culminating with a vision of the spellbound Princess Aurora. The Prince and Princess meet in their shared dream and dance together before Aurora disappears in the distance and Florimund is left alone in his sleep. 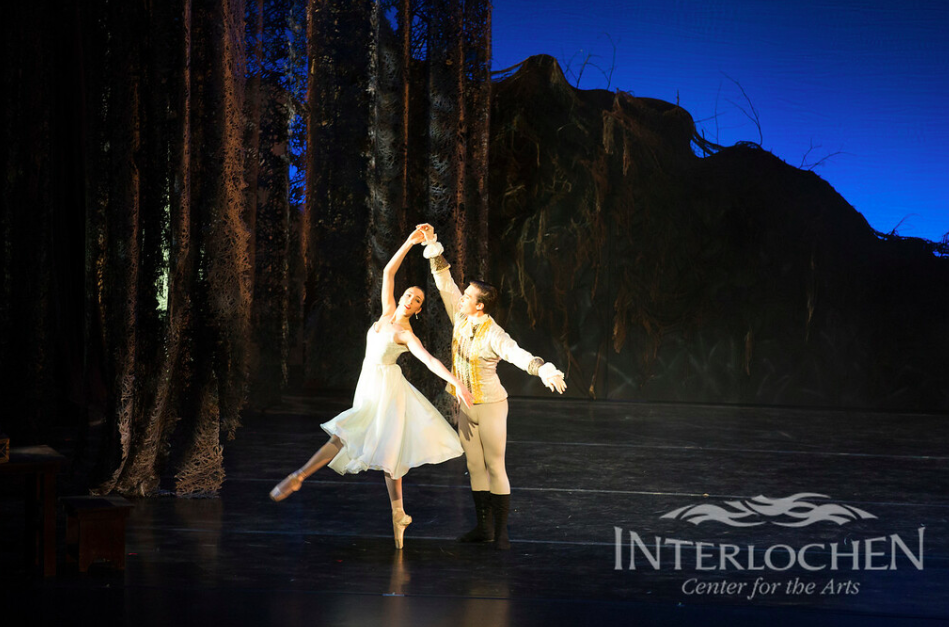 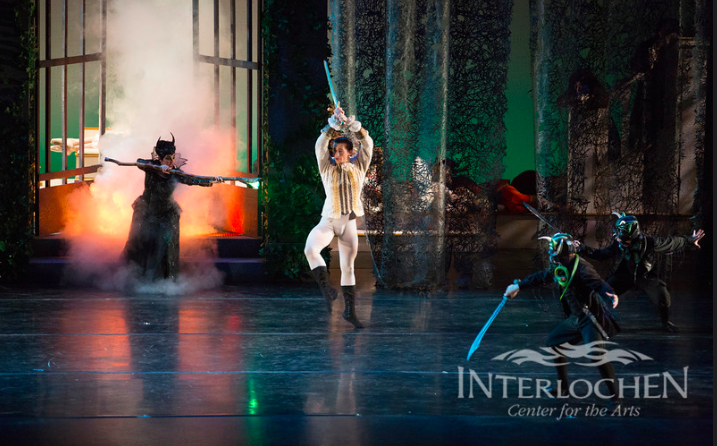 The Prince awakens to a nightmarish reality as Carabosse's demons descend on him. The Lilac Fairy appears sending the demons away, guiding Florimund to the palace by a sailboat. They arrive in front of the palace where Aurora sleeps and Caarabosse awaits. The Lilac Fairy gives Prince Florimund a golden sword for his forthcoming battle with Carabosse and her demons. Carabosse arrives and before nearly being slain, turns herself into a monstrous dragon. Meanwhile, the fatigued Prince slays Carabosse’s demons one by one and inevitably destroys the dragon with a bout of strength from the Lilac Fairy. He enters the doors to the palace and finds Aurora in bed, awakening her a kiss. Slowly yet joyously the kingdom awakes, realizing the spell has been broken. The entire kingdom celebrates the love that Princess Aurora and Prince Florimund found together in their dreams. 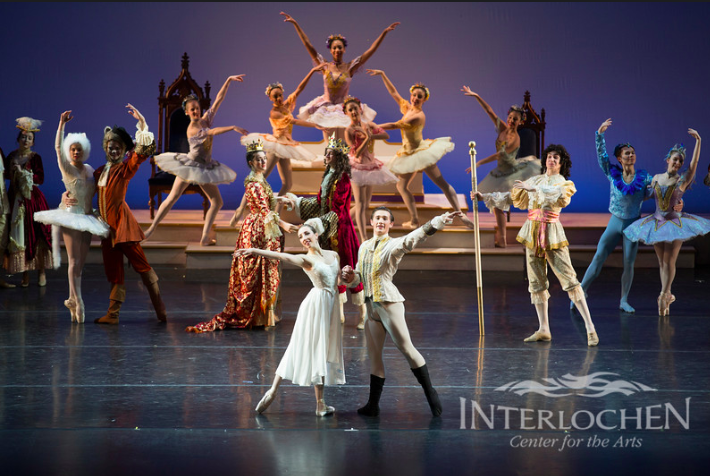